The Cost of Slow 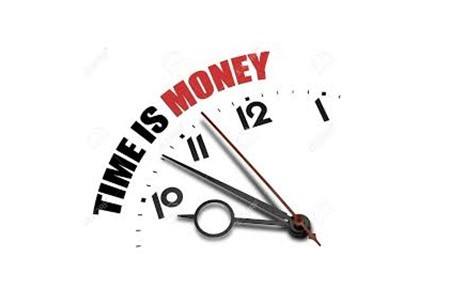 The Cost of Slow

A very strange thing occurred to us in October 2014.

A prospective client signed up for our services, wrote us a big check (which we cashed), then disappeared.

When he came to us, he had been reading our materials for some time and was ready to move forward. He definitely had a need and was keenly aware that his IT situation was out of whack. Being a Mac guy himself, he had been trying to make the move from PCs to Macs for some time. He had accepted that he wouldn’t be able to do it himself, saw the value in our services and we had a signed agreement overnight.

We charged his card and started our in-depth onboarding process. Then…he disappeared. Completely. Not a peep. We couldn’t get a call back and were unable to connect via calls or email. We eventually gave up and were left scratching our heads as to what happened.

Fast-forward three months later, and out of the blue, I received an email from him saying he was ready to get started. We were happy to have his business, but I was more concerned about what had happened in the first place. I had to clear the air and be confident he would prove to be a good, responsive client for us to work with. Our service depends on having a quality two-way relationship with our clients.

He explained to me that after we spoke, his father had convinced him that ‘if it ain’t broke, don’t fix it,’ and that since the computers were still running, why upgrade them?

These were old PCs running Windows XP and Windows 2003 Server. Well, after that decision, two systems went down, one of them actually went down twice, and one never came back up at all. This left their users unable to work for multiple days at a time and one of his employees was literally left without a computer to work on.

So, he was now more ready to move forward than ever before, especially since they were tax attorneys heading into the busiest season of the year. We picked things up and since then have switched his office to Macs and everyone is now thrilled.

In terms of technology, the old adage, “if it ain’t broke don’t fix it” is a completely flawed belief system. There exists a perception that the longer you keep computers, the better ‘bang for your buck’ you are getting. Technically that is true, however, the unrealized cost of this is massive.

Today, I’m going to dive into this topic through two primary arguments.

First, I am going to challenge the “perception of savings,” helping you see the real cost of slowness.

Second, we’re going to dive into the value of your time.

In its most basic method, I always start by first looking at bottlenecks that can be removed and then determine ways to increase productivity through training and having the proper tools and solutions in place. Without getting too geeky (this is not the place)……….

Today’s fastest consumer CPU (processor) is over 3x as fast as the fastest consumer CPU that was available 5 years ago. In the meantime, we also moved from DDR3 to DDR4 memory and beyond, and SSDs (solid state drive)have now become the norm over HDDs (hard disk drive). The experience of a new high-end PC today is definitely a whole lot different than five years ago.

That time spent waiting for Internet Explorer to startup, or the time it takes for a computer to startup and log in? You’re paying for that, and it is a lot more than you realize.

If a modern computer saves someone just 10 minutes a day, that comes out to 2,400 minutes per year, or 40 hours. On average, what is the fully burdened cost of one week of payroll? Let’s take $40/hr as a very conservative example, which adds up to $1,600 per year, per computer.

This isn’t even taking anything else into account, such as having an easier User Interface to work with, as you get with a Mac, additional training that can be provided to your staff, or rolling out solutions that make it easier for your staff to achieve the things they do dozens of time every day.

You see, slow is expensive and in most cases our computers are the bottlenecks in our workflow, when we are waiting on them to finish. Waiting for programs to open, for large PDFs to be OCR’d after they are scanned (you do scan all your files, right?), or waiting for a file to be saved.

When working on a slow machine, most people don’t notice it, since it’s all they know and they have become accustomed to it. Your role is to make sure your staff has the best tools available to them so they can be as productive as possible. Their job is not to tell you their computers are old and slow and need to be replaced.

Spend money where you spend your time

Once you’ve saved money, where should you spend it in order to maximize the usefulness of your money spent—or even your happiness? To answer that, just look at what you spend your day doing, proportionally, and allocate money accordingly. Let’s call this the comfort principle.

Simply calculate how much of your day is spent using a certain item.

Let’s get some actual numbers instead of abstract numbers, as this tends to be easier to grasp.

In being (very) conservative I am going to use a 40 hour work week, and we’ll say an attorney spends 30 hours of that time on their computers. Over 52 weeks, this comes out to 1,560 hours.

Our company cycles all of our clients’ hardware on a 3-year cycle, as we have found this to be the optimal schedule. Going with that, you will spend 4,680 hours on your computer over 3 years.

Wouldn’t it make sense to invest a few extra dollars there? Can you see how working on an old machine, simply because it still runs, is not a good idea?

Seeing how much time you actually spend working on your computer, wouldn’t it be worth it to spend a little more up front to make sure you have a great computer? If your computer takes 10 seconds to open an app and you can shave it down to 2 by upgrading to a newer computer, that’s a worthwhile purchase when you factor in frustration and time saved. If your computer locks up frequently because you don’t have enough RAM (random access memory) or if it’s just too slow, it’s in your own interest to upgrade or get a new computer.

If you and your staff can get through your day with as little aggravation, frustration and discomfort as possible, everyone will be much more relaxed, which benefits you and everyone around you. Preventing stress is much better than having to spend money later on to alleviate stress.

A new client recently told us they had lost an Office Manager the year prior due to issues with her slow computer that were never addressed.

The sad truth is that most people don’t “get” this concept. Time and time again, I have found myself talking to some clients with older systems, quite often the managing partner, trying to convince them to upgrade to a newer one. When the day comes and they finally upgrade, I ALWAYS get raving “thank yous” and “I wish I had done this sooner.”

The same goes for laptop users finally getting a big monitor to work on, but that’s a topic for another month.

I challenge you to look at the hardware that you and your staff are working on. Do they have the right tools to complete their work in an efficient manner or are their systems creating bottlenecks in their workflow?

Is your firm’s hardware over 3 years old? If so, while it may feel good to not be writing a check for the computer hardware, you are, in fact, writing the check, it’s just going to another line item, your payroll.

I challenge you to question the way you look at the cost of IT. Is it an expense you dread putting any money towards? Or is it a worthwhile investment that will increase your staff’s overall productivity? Remember, the legal services industry has the 3rd highest payroll cost at 45.03%! Every boost in productivity for your staff raises your revenue and your overall profitability.

Tom Lambotte is a legal technology expert, author and the CEO of GlobalMac IT. He helps Mac-using lawyers with super simple technology, security and efficiency strategies that work. He’s on a mission to help attorneys using Apple computers reduce their security risk and get more out of their technology. Get his free 33 Stupid Simple Mac Tips and score some quick wins to boost your productivity.

Sign up for our bi-weekly Mac Tips. These are in a short, to the point and fun format.