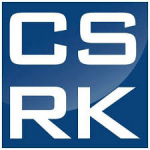 “The GlobalMac team has done a fantastic job of keeping our ofﬁce running efﬁciently and productively by ensuring our IT needs are always met and expectations surpassed. They are knowledgeable, friendly and very reliable. Their team is a pleasure to work with and we look forward to a continued relationship.”

For over 60 years, the law ﬁrm of Colvin, Saenz, Rodriguez & Kennamer L.L.P., has been providing effective representation to individuals and businesses across South Texas and the Rio Grande Valley in a variety of complex legal matters. As the ﬁrm has grown, so have its resources and its technical needs.

Before GlobalMac IT, the ﬁrm had an in-house IT person. His specialty was networking, but they were asking him to do much more than that, which is where problems occurred. The main issues were that they were unable to predict potential problems, upgrades, budgets, etc. “We always seemed to have to put out ﬁres after a problem occurred (failed hard drive, dead computer, major IT expense, etc.). All these issues have been non-existent since GlobalMac IT came onboard.” says Mary Martinez, a law ﬁrm administrator at CSRK.

CSRK wanted to be able to forecast expenses and possible outages. “We were never prepared for disaster and/or future IT purchases. We had no systems or practices in place for our IT needs,” said Mary.

They realized that they needed a more specialized team to help with their issues. After meeting GlobalMac IT at a legal technology conference in 2014, they reached out for help. “The decision to bring GlobalMac IT onboard was a difﬁcult one to make given they are based out of Ohio and we are in Texas. Our biggest fear was that we would have a major crash and that it would be difﬁcult to handle or worse, correct because they are not local,” said Mary. “We have found out that is not an issue. Everything we’ve ever needed help with GlobalMac IT has done remotely or through the use of the TOAD (tech on a drive) that they have provided.”

Mary recalls that a few years ago a senior partner in the middle of an out of town trial spilled his water bottle on his laptop causing it to fail. “Obviously, this was major…he was in the middle of the trial and had no useable laptop. I called GlobalMac IT immediately, and they orchestrated the purchase, setup and restoration of the date on a new laptop within hours. GlobalMac IT had it all set up that evening and ready for him to use the next day!”

After the initial consultation, GlobalMac IT assessed the issues and evaluated the existing equipment. They worked with the ﬁrm to determine projected outcomes and set a gradual timeline of one year to bring the entire ofﬁce into a stable, efﬁcient, and secure working environment.

CSRK is now able to forecast IT-related expenses and budget and plan for upgrades and new technology. They have conﬁdence that their software and hardware is up-to-date and running efﬁciently and they are leveraging technology in a way that enables them to better serve their clients.

Partner Joseph A. Rodriguez stated, “The GlobalMac team has done a fantastic job of keeping our ofﬁce running efﬁciently and productively by ensuring our IT needs are always met and expectations surpassed. They are knowledgeable, friendly and very reliable. Their team is a pleasure to work with and we look forward to a continued relationship.”

The most signiﬁcant immediate gain was a more stable working environment and increased workﬂow. They have systems and practices in place and with GlobalMac IT monitoring their systems, they have far less downtime for tech-related issues. “We have signiﬁcantly fewer ‘ﬁres’ related to IT and the staff is much happier,” said Mary.

“The GlobalMac IT team is great to work with. They are very knowledgeable and on the occasion they don’t know the answer to your issue off the top of their heads, they will get back to you quickly. Everyone in our ofﬁce feels comfortable working with Tom’s team. I can’t say enough good things about each and every one of them, they are a pleasure to work with.” says Mary.