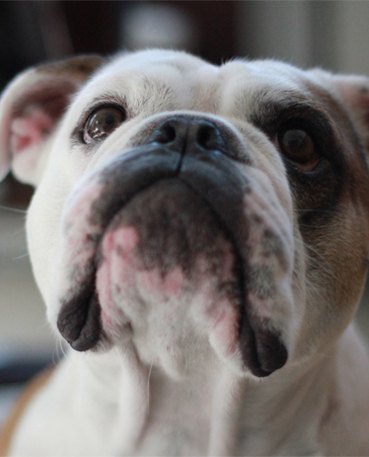 Zeus was one of the founding members of GlobalMac IT and has been around since inception, back in 2007. His primary responsibilities include tearing the stuffing out of toys, laying in the sun, and sprinting around the office like a lightning bolt. Although he is over 7 years old, we call him the ‘eternal puppy.’ He holds a degree from Bulldog University, and he graduated top of his class with a bachelor in Toy Destruction, it took a long time to find toys he could not destroy in the first day. Zeus enjoys being outdoors, indoors, on couches, under desks and, well, anywhere you are! While visiting the office, you may find Zeus greeting you at the door. Do not be alarmed - although he may seem tough, he is nothing more than a playful puppy at heart.